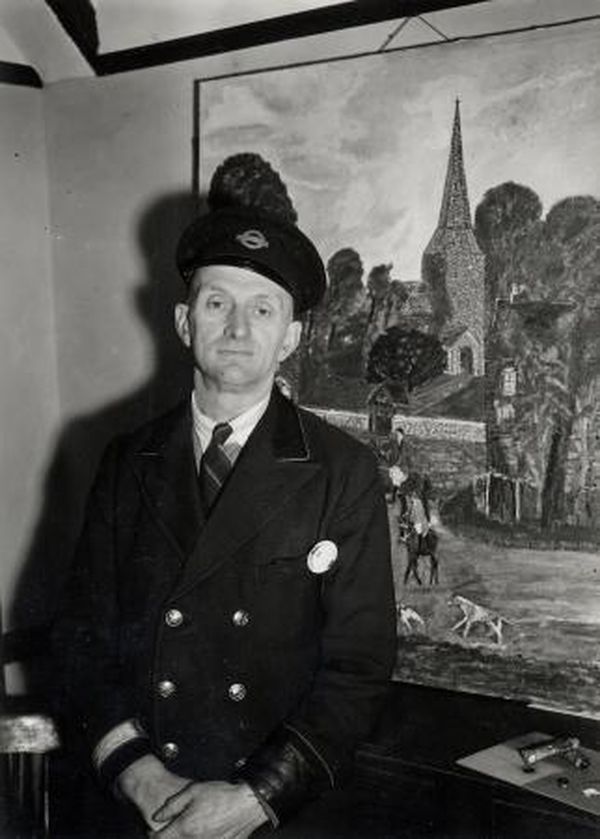 Henry Stockley – while not famous in his lifetime, he became recognised as an important primitive artist some years later, being viewed as one of the most important primitive artists active from 1930 to 1960. Once a bus driver well known to the Eynsford community, he spent much of his (rare) spare time experimenting with different art techniques. He was born at 10 Willow Terrace in Eynsford, one of eleven children. His father was a sign writer and plumber, and his mother did needlework and laundry to support the family. Henry became a bus driver  based mainly at Swanley Bus Garage and although he hated the conditions, he stayed in the job for 32 years.

The sweeping sides of the Darent Valley and quaint medieval villages were important influences on Stockley’s art. When he moved to Surrey as a young man, he cycled all the way back to Eynsford to see his family. He was self-taught, studying at night to become a meat inspector and bus driver. As an avid reader, Henry became  friends with another Eynsford resident Arthur Mee. Arthur went on to compile the Children’s Encyclopedia making him one of the most influential figures in children’s educational literature in the English-speaking world. Henry’s experiences of fighting in WW1 turned him against war for a lifetime but symbols of the war appear frequently in his paintings. 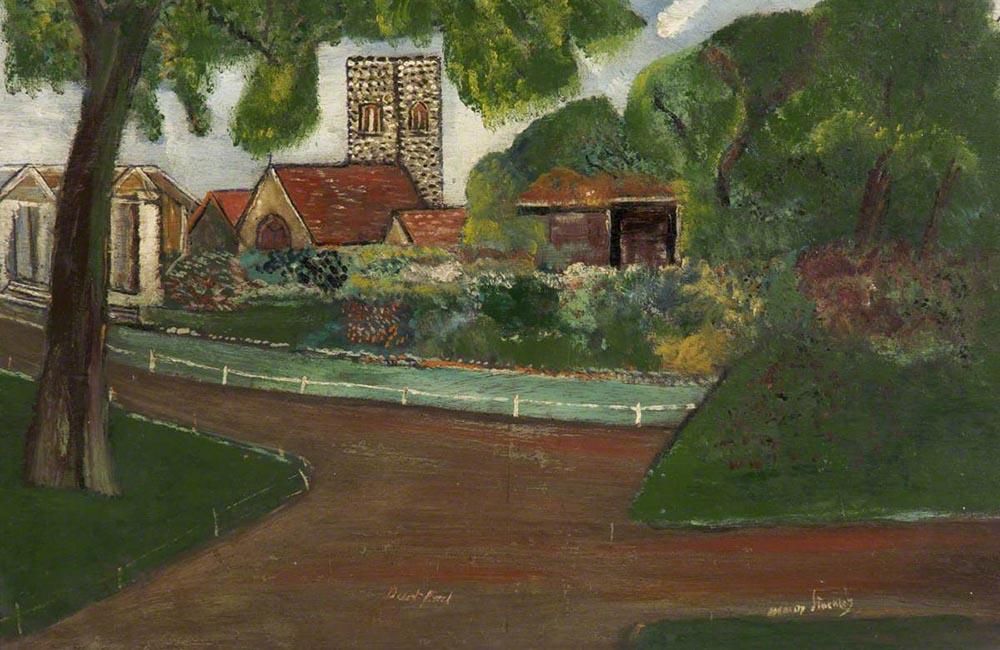 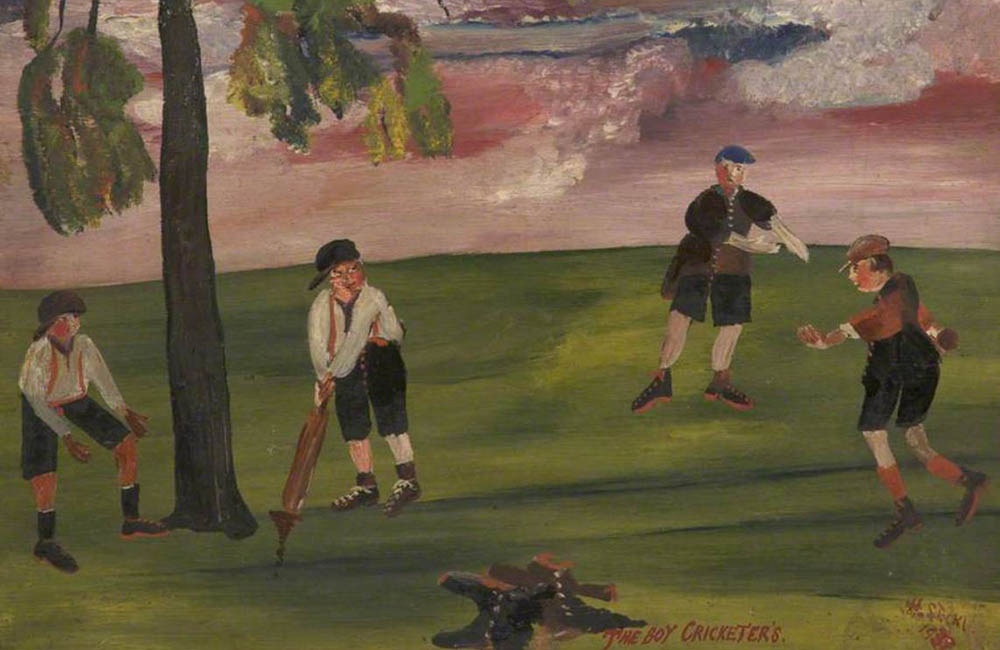 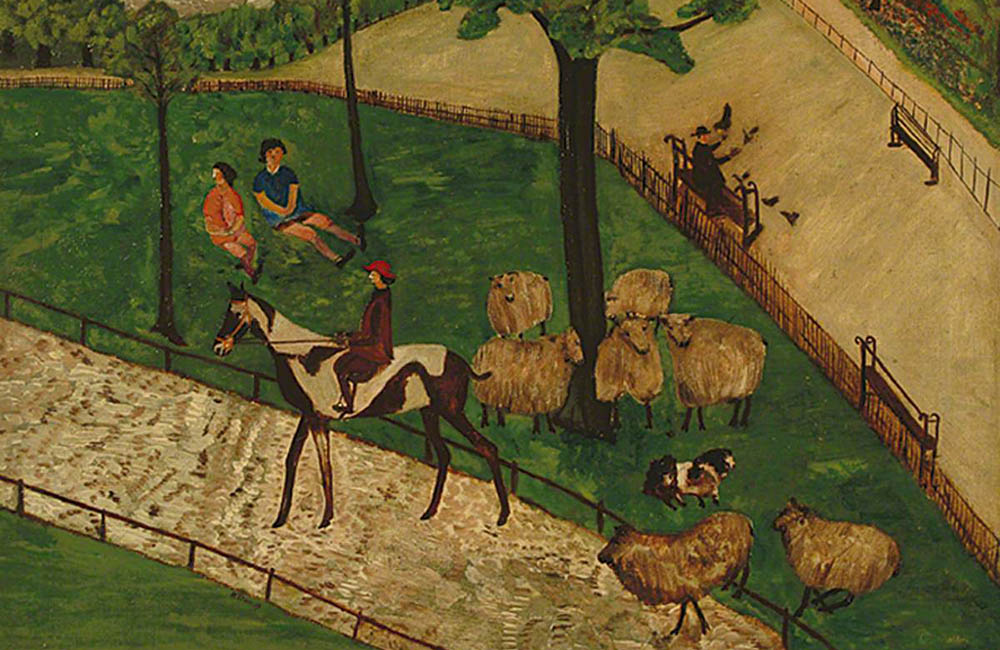 As a painter, Henry used whatever came to hand, using bits of glass, brown paper, plywood and linoleum. He learned special paint mixing techniques from his father’s experience as a signwriter. His work was first shown at Lucy Wertheim’s gallery in Burlington Gardens (Pilgrim’s Progress themes). More exhibitions followed at Wertheim’s galleries in London, Sussex, Manchester and Derbyshire. A Daily Sketch writer compared Stockley’s work to William Blake’s, and his work was described as ‘curiously expressive’, with ‘dramatic and highly original forms’. One of his paintings ‘Evelyn Laye in Hyde Park’ is now at the Towner Gallery in Eastbourne and last exhibited in 1992. Other of his work was shown alongside none other than Picasso at the Modern Art Gallery in London. He later also exhibited at the London Transport Museum.

Stockley’s legacy is mixed, with fans of his work asking it be taken seriously. He was clearly isolated and had to spend most of his time driving buses and keeping himself and family going. Most of his work remained hidden in his daughter’s attic until 1988, forming the basis of a one-man show in Gillingham, Kent in 1989. But he compared himself with Henri Rousseau, a much more famous naïve painter, and his work had a visionary element to it (not dissimilar to Samuel Palmer). Certain critics celebrate his vivid use of colour and distinctive humour and simplicity. A large collection of his work found its way to New Zealand, but some remains in Eastbourne, Salford and the London Transport Museum.